Ever yelled at your computer? Congrats! You’re in good company applying social responses to inanimate things. We as humans are wired to be social creatures. And even digital products may trigger social responses and you might not even be aware of it.

Often, computing technology conveys some sort of social presence. Resulting to that fact people do respond to this technology often as though the technology item is a social entity like eg another human (For reference on that see e.g Reeves, B. and Nass, C. ;1996. The Media Equation: How People Treat Computers, Television, and New Media Like Real People and Places, Stanford University)

Here are a few examples how social presence is conveyed (among other things):

Keepon is a computing technology in form of a robot. It conveys social presence for us humans through (obvious) physical cues like a face. It has eyes and also some physical skills like it starts dancing/moving and making funny noises when it listens to music or when you interact with it. 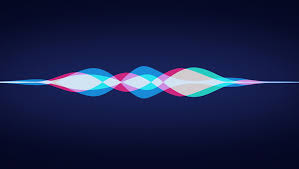 Also, voice based digital assistants like Siri convey – in this case despite their very futuristic and techy appearance – social presence through language cues but also through social roles like gender which we implicitly perceive. We will imply implicit assumptions and personality behind it – despite we are knowing it is a machine.

Fig 03: Unhelpful error message found in moodle a while ago

But of course, also technology with no obvious physical cues like faces or other cues like voice/spoken language at all can convey social presence. For example simply in presenting an error message, respectively by using written language/plain copy to communicate with a human. The example error message above is not providing any helpful hint what exactly has happened/has gone wrong and also it uses a strange language (It says: Error found. Error only could be removed by a programmer. Course not usable) – so I will attribute this behavior to the product/company behind it: eg they are blaming me for that error only a programmer can remove, so they are unhelpful and they don’t care about me /their customers/users etc.

So, in all these cases, considering theories provided by social psychology research and lessons learned from human-to-human interaction can serve as a valuable source of information and also guidance when it comes to making design decisions for interactive products or any computing technology. For better understanding, I recommend trying out how the communication would be perceived if it were a human-to-human interaction instead of a human-computer interaction. This works quite well in e.g a role-playing game within your team. One is the user while the other person is playing the computer or application. So you can pay attention to how the communication will feel like. Another way may be simply writing down the interaction as a System/User dialogue and behavior, considering the System as a character.

With that in mind, I’ll leave you with Paul Watzlawick’s “One cannot not communicate”.