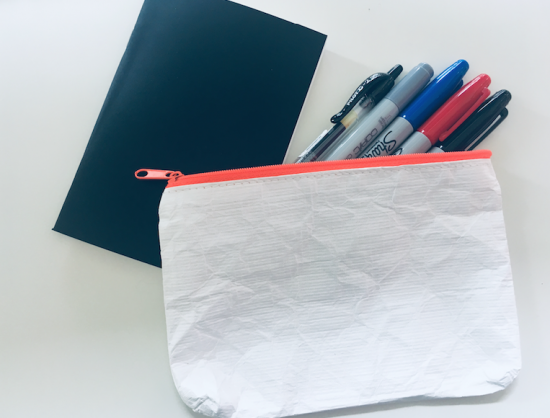 Unlocking your €100,000 car is now easier than ever pic.twitter.com/3hSs9pswoO

When you talk of „the user(s)“ in the middle of some product development – who are you actually thinking of?

What does Plato’s cave allegory have in common with human centered design ?

It demonstrates the effects of narrow and non-holistic thinking, a phenomenon we can still observe in many organizations – where it sometimes seems that one department doesn’t talk to other departments to get a holistic, cohesive understanding of the customer’s experience and their problems.

„That is someone else’s responsibility“ is often a standard jargon in such organizations. But: in the user’s or customers mental models – meaning how your customers/users think how things work (also called cognitive representations or mental models) – there is only one responsibility, not several based how internal things might work. That means: Customers do not split up responsibilities in department-like silo thinking, like the organisation itself probably does.

So, getting rid of this department-like thinking and instead gaining a holistic understanding of customers and users is key to get an idea of the ways how your customers think, and then put this learnings of your customer’s way of thinking first – not the mapping of the underlying internal business structures and hierachies (or the the underlying tech-backend structure) to the users interface

User research is not asking people what they want. It's understanding what people try to do, how they try to do it, and how you can help them reach their goals. 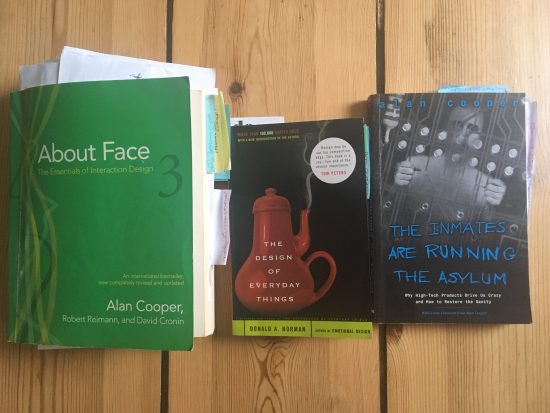 Even though my shelf is very full of good ( and also not that good books) there are exactly three books that have had a tremendous impact on my professional thinking, and to which I keep coming back to again and again. Although some say Cooper is „outdated“ – I don’t think so – quite the contrary: I think it’s the most timeless classic ever written for interaction designers. And yes, I think the industry needs more „flamethrowers“. Bonus if they’re female, ha!

Don’t think of your first-draft design as an answer. It’s just another way to frame the question: what should we build?

„A human we’re designing for does something and we provide affordances. As designers we design the way that the machine gives feedback – finally it’s the question of what kind of knowledge to expect of our users“

A recent McKinsey research confirms again that good Design is good for business and that design is a top-management issue:

„What our survey unambiguously shows, however, is that the companies with the best financial returns have combined design and business leadership through a bold, design-centric vision clearly embedded in the deliberations of their top teams.A strong vision that explicitly commits organizations to design for the sake of the customer acts as a constant reminder to the top team. The CEO of T-Mobile, for example, has a personal motto: “shut up and listen.” IKEA works “to create a better everyday life for the many people. […] It’s not enough, of course, to have fine words stapled to the C-suite walls. Companies that performed best in this area of our survey maintain a baseline level of customer understanding among all executives. These companies also have a leadership-level curiosity about what users need, as opposed to what they say they want”

„When we can understand the things that users want to do, we have the basis for serving customer needs, thus creating business value“

„It costs much less to code the interface in a customer acceptable way the first time than it does to introduce a poor UI to the field and then rework that UI in version 2. In addition a poor UI will increase support costs.“

Very good article about how to put your personas to work!

„While Taré is a made-up character, the story isn’t. The UX team met many travelers in exactly this situation, having to scurry through a layover airport without time to get food. It was an easy story to craft out of the research […] The stories are different. The personas are not.“

This article is deeply related to this fantastic talk on scenarios by Kim Goodwin.: https://www.guerillagirl.de/2017/08/22/dont-design-for-silos-why-scenarios-and-storyboards-make-sense-in-ux/

Sherif argued that conflict between groups (intergroup conflicts) occur in case of two groups are in competition for limited resources (like e.g recognition etc)

The research group arranged an artificial competitional environment (which does not necessarily reflect real life conditions) where friction conflict and frustration between the groups was likely to occur.It didn’t take long and the predictions of the researchers came true, the two groups had become strong rivals and behaved hostile to each other. The conflicts only subsided as the researchers began to create situations in which the opposing groups had to solve problems together, thus creating a common goal and vision to achieve these goals.

Sherifs studies could teach us a little bit about organizational conflicts like eg silo thinking, political and ego driven processes, etc – which we are often confronted with in our work as experience designers and which have a direct impact on product development and at the end of the day: the users’s experience. The experiemnts also emphasize how important it is to have common goals and therefore a common vision.

The study was and is ethically questionable and was also biased. Nevertheless I think it can teach us about how intergroup conflicts occur, what to do against it – also in organizational structures and teams.

This is just great. Having no shared objectives and so suffering from ambiguity in research kills everything: your data will simply be not valuable if you don’t know what you want to find out – so research objectives have to be clear and well communicated in the team.
Awesome @LaiYeeLori provided some help:

Whether you’re using your research to influence a product decision, inform a policy, or change people’s minds about a topic, it’s good practice to solidify what your research objective is. Here's a quick guide. @LaiYeeLori #delve #qualitativeresearch https://t.co/JDsDRw1SvZ pic.twitter.com/WzAYAao1Yz

If you are interested in specific information people should provide to your organization think of reasons in terms of how it would benefit those people and not how it benefits you as the business – because we are really more interested in people who are interested in us and not so much in selfish people.
If there is no benefit for the people then perhaps you should not ask for that information.