Always worth a re-read: User Story Mapping by Jeff Patton with the foreword by Alan Cooper where this excerpt is from. 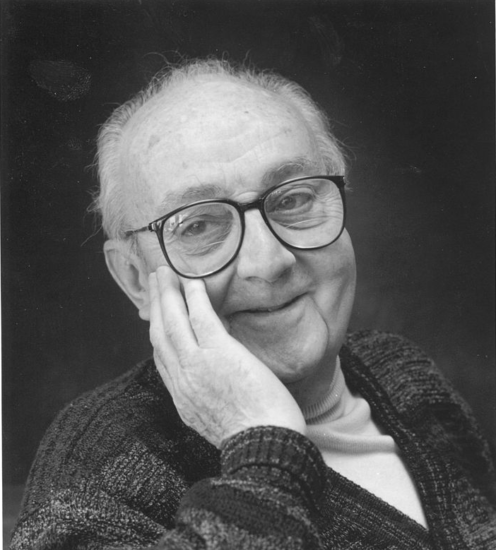 „Essentially, all models are wrong, but some are useful“

„A wealth of information creates a poverty of attention“

– Herbert A. Simon. Cognitive psychologist, economist (and a pioneer in AI)
See also „There is no “intuitive” design, #2„

„[…] the trouble begins with the word user – there are only two industries that call their customers users: illegal drug dealers and software houses“

This quote is unfortunately (and only) very relevant when we take a look at the business models of certain Internet businesses.
Unfortunately, I didn’t find the direct source where he said it – if someone knows? It might be a talk he gave?

„When we can understand the things that users want to do, we have the basis for serving customer needs, thus creating business value“

„i have seen many people spill their guts on-line, and i did so myself until, at last, i began to see that i had commodified myself. commodification means that you turn something into a product which has a money-value. in the nineteenth century, commodities were made in factories, which karl marx called “the means of production.” capitalists were people who owned the means of production, and the commodities were made by workers who were mostly exploited. i created my interior thoughts as a means of production for the corporation that owned the board i was posting to, and that commodity was being sold to other commodity/consumer entities as entertainment. that means that i sold my soul like a tennis shoe and i derived no profit from the sale of my soul. people who post frequently on boards appear to know that they are factory equipment and tennis shoes, and sometimes trade sends and email about how their contributions are not appreciated by management.“

„It costs much less to code the interface in a customer acceptable way the first time than it does to introduce a poor UI to the field and then rework that UI in version 2. In addition a poor UI will increase support costs.“

This is a great podcast episode. I’ve once heard that in gym and I was like: yes! This is how to build „empathy“ or a feeling of an „ally“ who must solve a problem and you want to help her to do that.

„[…] Then, when we go in-home and study these users, we have this process, which is pretty fun, where we try and think of the user as a character. We put together something that we call a user profile/character. It’s a prompt where we would learn about the users and then create this character where, kind of like how writers would think of a character for their story, a user wants something, but they can’t get it. There’s something that’s blocking them, whether it’s a technical thing, environmental, or social. Then, now you have a user, which we would call a character, and we’d give them a name. They want something that they can’t get. These studies, we would bring the designers and the engineers with us. Data scientists, QA people, everybody would come and really understand this character. We would run a two-day workshop where the product is actually one where everybody on this team will take that character and map out a story about how we can take this user, apply what Wink has in terms of technical capabilities to get them all the way around to achieving what they want. That’s what we create as a product vision. Usually, we think of“ it as: What can Wink do in the next two years to help this user achieve that problem?“

This article speaks to my heart. So much true words.

„The split of the design teams into researchers and designers might be hampering effective software development. To truly understand the user, designers need to develop empathy. They, and other team members, can gain this by conducting user research or usability studies—or just by being present during research efforts. This locks in the user’s successes and difficulties and gives the designer a sense of what is truly important, which will pay off in more targeted designs. Besides benefits to the designers, regular user research keeps a company informed of user expectations and behavior. If these benefits were widely understood, wouldn’t companies pay more than lip service to empathy and user research?“

„People don’t care about your product or brand. They care about themselves. That’s something that you can and should embrace when you build products.“

Word. Static processes are not made for dynamic environments like it should be in digital product design.

„Budgeting prevents rapid response. [Businesses] need to respond rapidly to unpredictable events but the annual budgeting process was never designed for this purpose.” […] “You can’t predict the future,” […] “If your only ability to respond is to cut spending in October, then you’re not a responsive business. You’re not responding in the places where you can create growth, or where you have a new opportunity presenting itself.”

„Recognition is Easy. Recall is Hard.“

Jeff Johnson, Designing with the Mind in Mind (2014)

„[…] After all, fitting in as a machine-readable cog into the database of ideas gets you a faster start. But it’s also the best way to be ignored, because you’ve chosen to be one of the many […]“

He is so right.
http://sethgodin.typepad.com/seths_blog/2017/10/machine-unreadable.html?

Turkle, S. The second self: computers and the human spirit

„Like chess, a social interaction is typically a transaction between social partners. One animal may, for instance, wish by his own behaviour to change the behaviour of another; but since the second animal is himself reactive and intelligent the interaction soon becomes a two-way argument where each ‘player’ must be ready to change his tactics — and maybe his goals – as the game proceeds. Thus, over and above the cognitive skills which are required merely to perceive the current state of play (and they may be considerable), the social gamesman, like the chess player, must be capable of a special sort of forward planning. Given that each move in the game may call forth several alternative responses from the other player this forward planning will take the form of a decision tree, having its root in the current situation and growing branches corresponding to the moves considered in looking ahead at different possibilities. It asks for a level of intelligence which is, I submit, unparalleled in any other sphere of living. There may be, of course, strong and weak players – yet, as master or novice, we and most other members of complex primate societies have been in this game since we were babies.“

„Users’ goals are often quite different from what we might guess them to be. For example, we might think that an accounting clerk’s goal is to process invoices efficiently. This is probably not true. Efficient invoice processing is more likely the goal of the clerk’s employer. The clerk is more likely concentrating on goals like appearing competent at his job and keeping himself engaged with his work while performing routine and repetitive tasks, although he may not verbally (or even consciously) acknowledge this.“